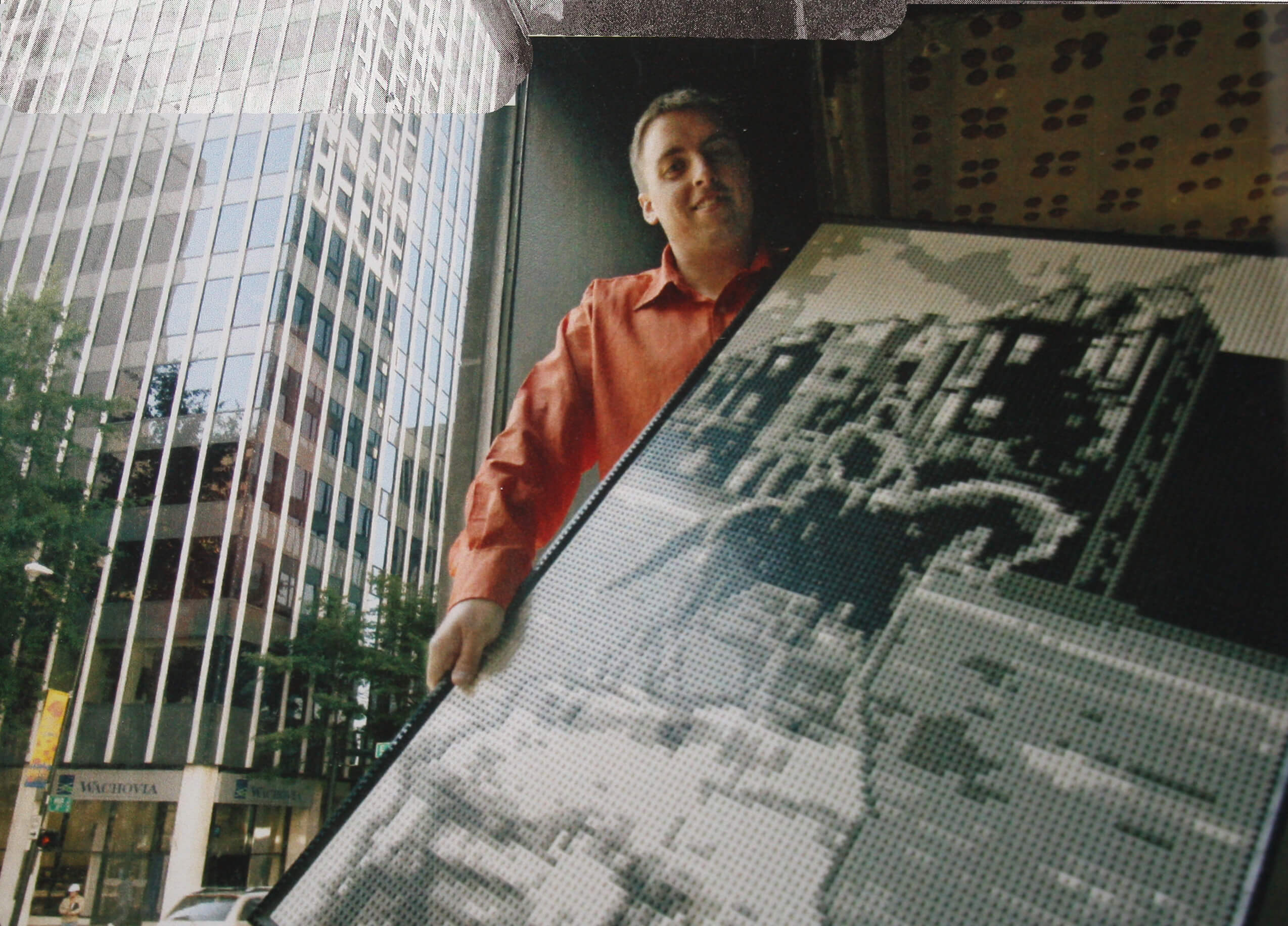 A love of Lego has given Brian Korte a storefront gallery in downtown Richmond to showcase his mosaics made from the multi-colored bricks.

And now one of his images might land him in the Guinness World Records.

Korte, a 29-year-old from Henrico County who runs Brickworkz, has found a fledgling full-time gig with his art.

His mosaics are on display in the window at northwest corner of 8th and Main streets. You can only view them from the street, but his work is available through Brickworkz.com.

Korte’s artwork is on display as part of the “Vacant Spaces, Artful Places” program, which fills windows of empty buildings until tenants are found.

He’d never planned to be an artist. With a master’s in business administration in hand, lifelong Lego maniac Korte made a mosaic as a wedding gift for friends in 2004.

His images are created by taking digital pictures and pixellating them on a computer, so the image looks as though it was taken with a really low-megapixel camera. Each of the tiny squares that make up the picture represents a single-peg Lego brick. Then, creating the piece is much like doing a paint-by-numbers.

His work is getting attention.

Using about 1.2 million bricks, the roughly 44-foot by 19-foot image of a Lego tractor trailer was built by about 250 children and a small crew that Brown assembled in September. It hangs in a Bellaire gym, which Brown is using as the museum. A 4-inch frame made of Legos should be enough to edge out the world record for the largest Lego image ever constructed, Korte said.

The current record, an image of the Liberty Bell to promote the ESPN Summer X Games in Philadelphia, was set Aug. 22, 2001. The mosaic was about 25 feet by 34 feet.

Amarilis Espinoza, a Guinness spokeswoman, said the X Games image is still officially the largest Lego logo, but the piece from Ohio is being evaluated by the organization to determine whether the record has been broken.

A professional photographer is coming to the toy museum today to take a panoramic photograph of the mosaic, Brown said.

“The better the picture, the more likely you are to be in” the book, Brown said.

The smallest image — 15-inches by 30-inches — starts at $400 and increases depending on colors used.

Business has grown so much that Korte’s started to scale back his one-man IT consulting firm.

“I’m starting to look around for assistance, because answering the phones and e-mails is starting to get a little overwhelming,” Korte said. “Which is really kind of cool. It’s a good problem to have.”