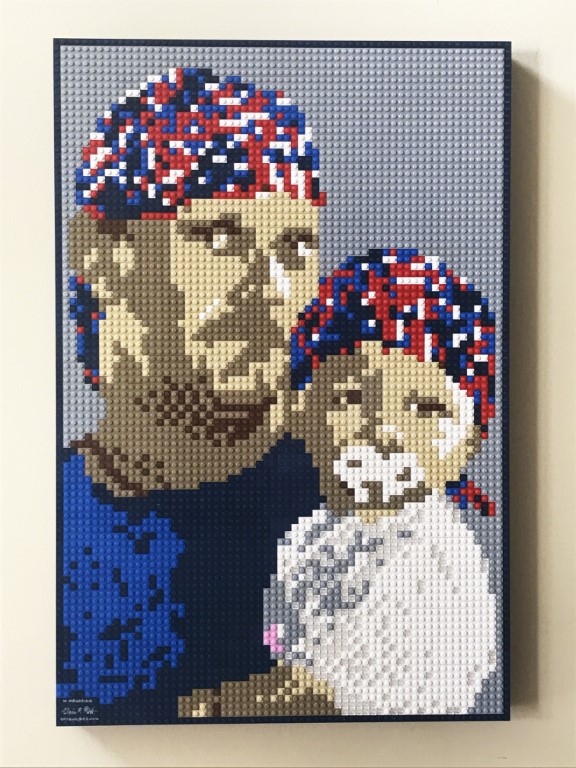 I love projects like this, commemorating the life of lost loved ones and bringing happy memories for grieving families. My wonderful customer commissioned this portrait for her son-in-law, Bill, pictured here with his son, Braeden. This piece honors Braeden’s memory and serves as a reminder of his creative youthful spirit. 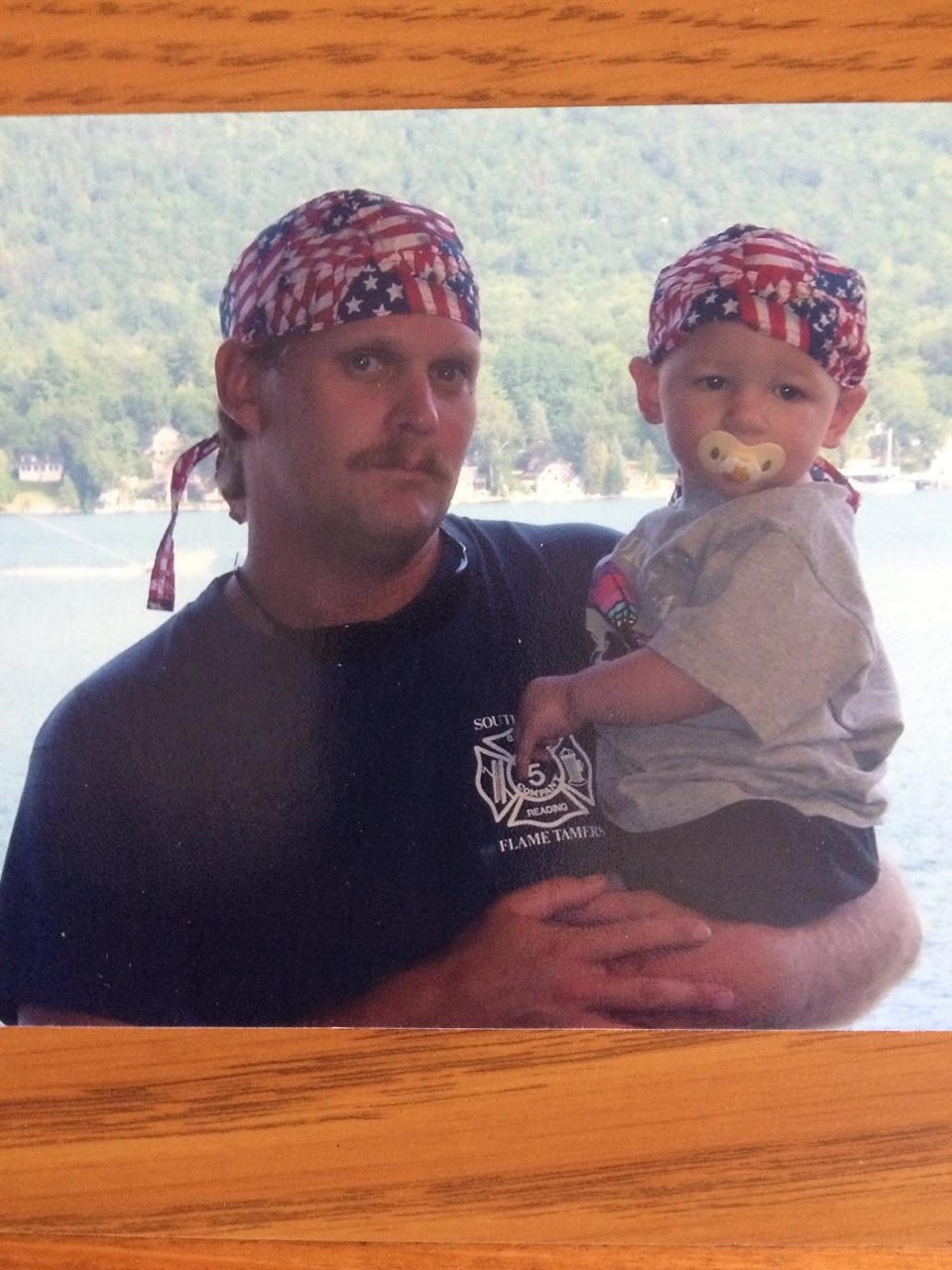 We chose this picture to immortalize Braeden and Bill’s relationship as father and son. This picture is the day they met. Bill is Braeden’s step father but shortly after this photo and for the next 13 years they would be inseparable father and son.

Bill filled a void in Braeden’s life and soon no one could ever tell that they were not blood related. Everything Dad did, Braeden wanted to do. Dad is a truck driver so Braeden would play with toy trucks all the time. Dad was a firefighter so Braeden would play firefighter all the time. And Bill loved Legos as a child and had his own massive collection, so over the years Braeden amassed a large collection of Legos and had a true love of creating. They would spend hours putting together sets.

Braeden was born with several congenital heart defects and had open heart surgery at 9 days old. He was autistic and did not do well playing with children his own age so instead Bill and Braeden would play together. Legos were their thing!

The collection is still here with us today and has moved from house to house and state to state.

Tragically, we lost Braeden to his heart issues in April 2017 at 13 years old. This photo, now in Legos, is a way for a father to remember his son. The vibrant young boy who melted his heart 17 years ago. Forever young and forever a Lego fan! Thank you Brian for making this memory come to life on our wall!