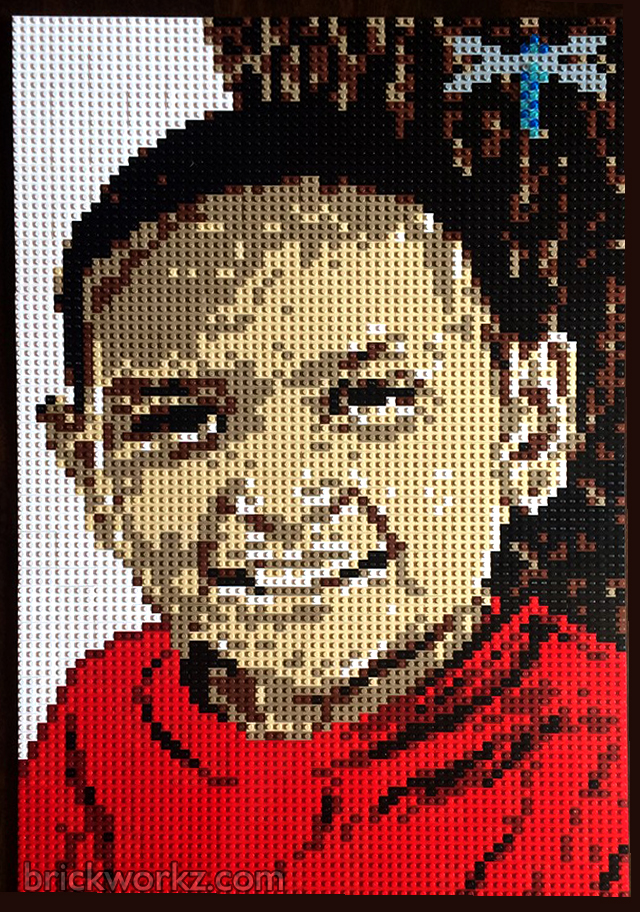 This project was commissioned for the first anniversary celebration of life for 9-year-old Nathaniel, after having lost him to Cancer.

This project began as a crowdfunded gift. A close family friend of Nathaniel’s reached out to surprise the grieving parents with a keepsake Lego portrait of Nathaniel. She wanted to help them remember his image in a way he would have loved the most, with his favorite toy: LEGO bricks.

“Brian, I am sharing this so you can see the impact of your work. The memorial was beautiful in every sense but very bitter sweet. The family was filled with joyful tears when I unveiled the mosaic. The response was overwhelming and more than I could have ever imagined, as they described it as “the perfect gift.” Nathaniel’s mom even said that the only gift that could possibly be better was Nathaniel himself. Thank you again for the blessing that you have bestowed to my very good friends. I know that they will cherish this piece of art for the rest of their lives.”

The dragonfly you see was a symbol Nathaniel’s family used for solidarity in his battle. They found solace in the dragonfly’s appearance all over the place before, during, and after his battle ended, and requested to include a dragonfly in the LEGO design. The red shirt symbolized his favorite color, red. His supporters often wore red to show solidarity.

As I wiped my own tears upon reading her comments, I can tell you that these portraits mean so much to me. I am truly honored to help families celebrate the lives of their lost children in such a meaningful way. We all know LEGO to be playful and fun, and in the images below, you can see an entire crowd moved with emotions. His own father having to “take a knee” full of emotion alongside Nathaniel’s two younger brothers.

I got in touch with Nathaniel’s mother shortly after the unveiling. She told me Nathaniel’s story. Nathaniel went through so much in his treatments over the years. The one thing that kept him relaxed and comfortable was knowing that he’d get LEGO time during therapy. I know you’re going to love learning about this amazing kid. A kid who dreamed big. A LEGO super fan. A brother. A son. 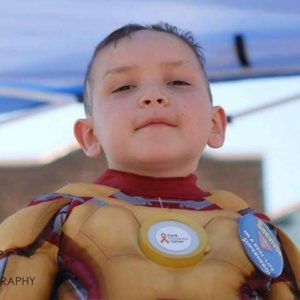 Nathaniel Contreras was born a happy healthy baby in March, 2006. He was a very expressive baby who grew to be a curious toddler, social preschooler and imaginative kindergartner–well known throughout the school as the boy who filled the hallways with Transformer battle noises–usually when he was supposed to walk quietly down those halls.

He liked all the typical things boys like – Thomas the Tank Engine (learning every name of every engine that existed in the stories), cars, especially Lightning McQueen, Transformers and Super Mario Bros. But more than anything, he loved Legos.

No one knew that the first five years of his life would be the only span of time that would be considered a “normal” childhood. At the age of five, just three weeks shy of his sixth birthday, Nathaniel was diagnosed with Osteosarcoma.

He’d been complaining of leg pain and what we discovered was a tumor above his left femur. The diagnosis turned our world upside down. We had no idea in 2012 just how treacherous of a journey we had ahead of us.

Within months of his diagnosis, Nathaniel underwent a major surgery called Rotationplasty, essentially amputating his left leg, resulting in the use of a prosthetic leg, or as he and his friends called it, a “robot leg”. Over the course of three and a half years, Nathaniel was in and out of chemotherapy. In 2012, he spent a year in chemo treatments, and was only able to get through six months of clean scans before the cancer spread to his lungs. After another major surgery to remove the nodules from his lungs, he again went through chemo for nine months, and had nine months of clean scans.

While the family reveled in this wonderful milestone right before Thanksgiving 2014, the celebration was short
lived. During Christmas break that year, Nathaniel began to experience headaches and major nausea. In January, 2015, it was discovered that a tumor had been growing in Nathaniel’s brain, a very rare occurrence for his type of cancer. In fact, there was nothing in the medical books that could be offered to the family other than experimental treatment. Unfortunately, the treatments were not successful.

In three and a half years, Nathaniel endured nine surgeries, 22 days of radiation, and 20 months of chemo, yet Nathaniel’s outlook on life and his desire to live was so inspiring. He never stopped smiling and was often told how infectious his smile was to others. He did everything in his power to enjoy just being a kid. He became a bit of a legend at Children’s Hospital, because no matter how serious the surgery, he bounced back quickly and with a smile.

In his nine and a half years, Nathaniel left quite a legacy. Despite the bad hand he’d been dealt, he lived every day to the fullest. He made us realize that a change must be made for children with cancer everywhere.

During his final days, when Nathaniel no longer had use of his hands, he still tried to put his Legos together with one hand, eventually teaching his mom how to be his other hand so they could build together.

Through his experience, he taught his classmates and friends compassion, he taught his family to never take time together for granted, to stop and play games together, worry about the housework later, and realize that it is a blessing that you and your children are in the same house together at the same time.

Nathaniel’s family wants to help other children and families who are in a similar situation as they were. They started Team Nathaniel to help one family at a time, and fund their child’s trial or medication. Learn more and donate to their cause at Team Nathaniel