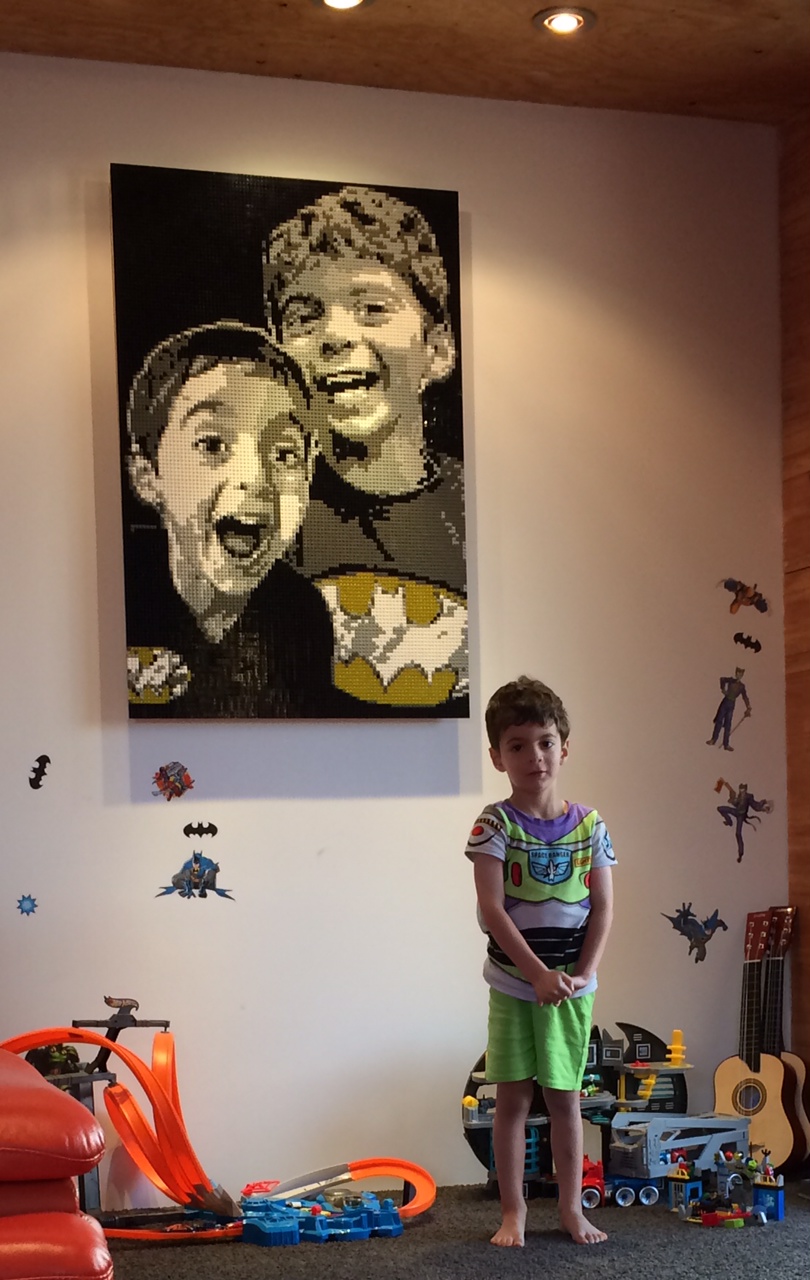 Since Cameron and Owen are both big fans of the Batman series, and coincidentally were both wearing Batman themed shirts when their photos were taken, I knew I wanted to capture that in a subtle way without overpowering the design.

We ended up using transparent yellow, which would pick up on the darker gray shade beneath the yellow to “muddy” up the color a bit. The traditional LEGO yellow is far too bright/bold for this image. I didn’t want Batman to upstage the portrait.

Because of the size of the portrait, we were able to capture so much detail in their faces. You can really get a sense of the boys’ animated spirit from just black, white, and three shades of gray!

The Lego mosaic portrait build was captured in time-lapse photography. We sped it up quite a bit and put it to a stirring theme of a movie you might find familiar.