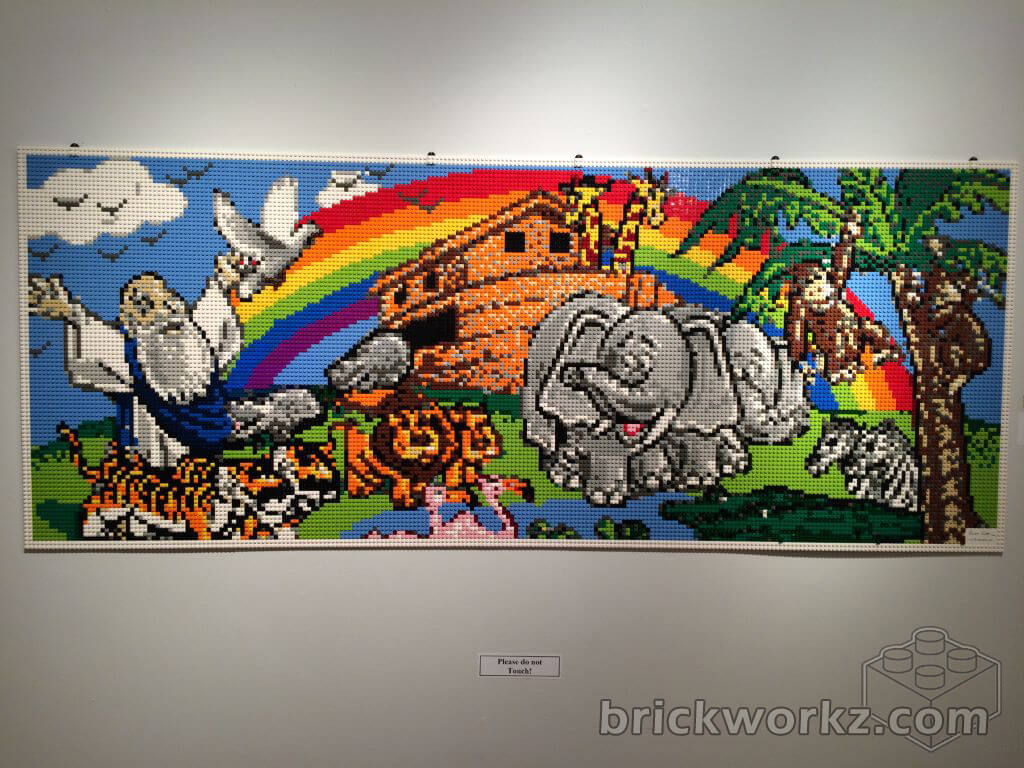 I was commissioned to create a LEGO mosaic with a Noah’s Ark theme for the children’s section of Bon Air Baptist Church’s library.

The concept was in honor of a very young boy who passed away. His middle name was Noah, so they thought the theme was fitting.

After going through several ideas, I focused on the Christian children’s library, and went with a cartoon look for the piece. It was intended to be a colorful and cheerful Lego mosaic that depicts the story of Noah’s Ark in a fun and educational way.