Planting a Seed of Creativity at MetLife 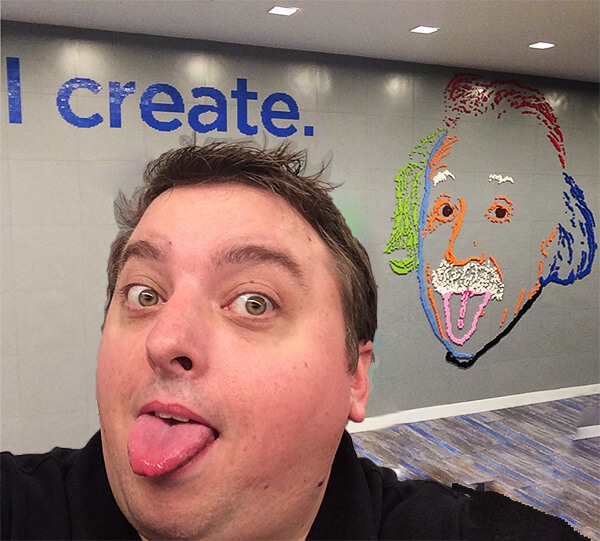 We were approached by an architecture company responsible for renovating one of MetLife’s call center facilities. Their aim was to create a space for employees to innovate and a comfortable break room area to relax. They reached out to Brickworkz.

“I wanted to thank you for the great work and professionalism coming on board and hitting the date with short notice. The wall looks great!”

The idea was that employees could meander up to the wall and doodle using LEGO bricks of every size shape and color on a giant wall of base plates. But sometimes, as we all know, inspiration is helpful when looking at a giant blank canvas. So, the architects brought in Brian from Brickworkz to create a LEGO doodle to get the ball rolling for employees.

This commission required coming in on Friday night and working over the weekend so that things would be ready for them the next Monday. I arrived in Rhode Island and got to work doodling on Time Magazine’s infamous photograph of Albert Einstein sticking out his tongue.

The illustration needed to be very large. In fact, this illustration spanned more than 7 1/2 feet! We took the original black and white photograph and stylized it, then simplified it so that it could be built within 48 hours. The mosaic uses ten LEGO colors.

The phrase, “I inspire. I create.” is a theme for the new renovation in the building. It is now a colorful LEGO doodle wall, as the employees have had plenty of time to express themselves and design their own creations on the LEGO mural wall. And this LEGO illustration of Albert Einstein sticking his tongue out kicked it all off.