All Hands On-Deck at the Party for New Balance 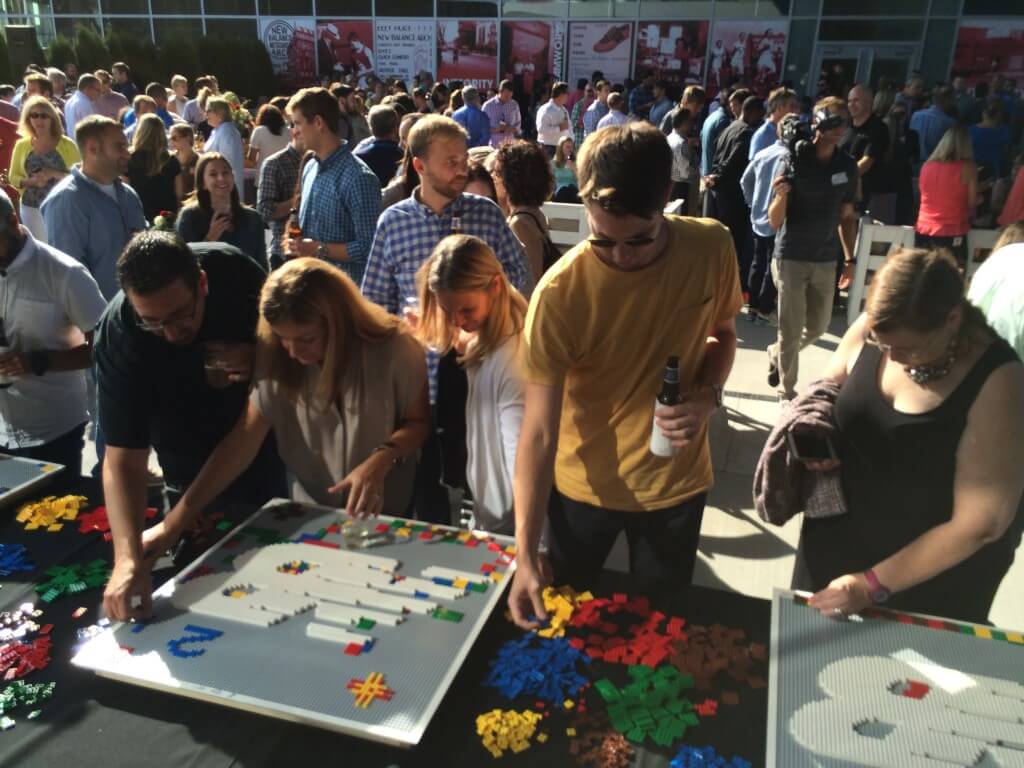 Event planners for shoe company New Balance reached out to Brickworkz about doing something fun for their new Headquarters Grand Opening party. Here’s how Brickworkz made it happen:

New Balance is one of the world’s leading shoe and athletic apparel companies. Their headquarters is located in Boston, Massachusetts. Actually, the previous four headquarters buildings were all within sight of their newest, an amazing architectural piece designed to resemble a shoe, right in the heart of the city.

To celebrate their grand opening, employees spent the day getting settled into their new office spaces. Computers and equipment had already made the move and the I.T. crew had already been through to get them set up and ready. So this day was meant to be laid-back and fun for employees. To that end, team members already set-up and ready to work took a break mid-day and came to the new patio space for a giant party!

Event planners found Brickworkz and reached out about not only doing something fun for the party, but helping employees make their mark on the new office space. The project we discussed involved one mosaic for every floor of the building (five in total) where members located on that floor would work together to customize their LEGO mosaic. Our aim was to maintain a uniform New Balance logo but allow team members the freedom to customize the background of the LEGO mosaic however they wished. This tied-in well with their recent launch of customized shoes (wherein a visitor to the website could make the shoe look any way they wanted with colors, patterns, styles, etc.)

We only had a few hours for the event, so there was significant work done in advance to ensure that there would be time for everything to come together before the end of the event. For example, we built all of the New Balance logos in advance so there wouldn’t be any confusion on-site.

And so the day began- LEGO parts were laid out and markers ready to autograph! You can see some gallery photos of the setup that morning, and once the doors opened up, there was little time for photographs! People flooded the courtyard area and had a great time playing with LEGO for their floor’s mosaic, and autographing the border of the piece with a permanent marker.

By the end of the evening, each floor had its own LEGO mosaic, already mounted to the frame and ready to hang up, and I was back on a plane home. It was an incredibly fun day, one that they will get to remember every time they see their floor’s LEGO mosaic.

If you have a large grand opening celebration or large-scale event and want a fun group activity, reach out to us!