Building With The Public At VMFA 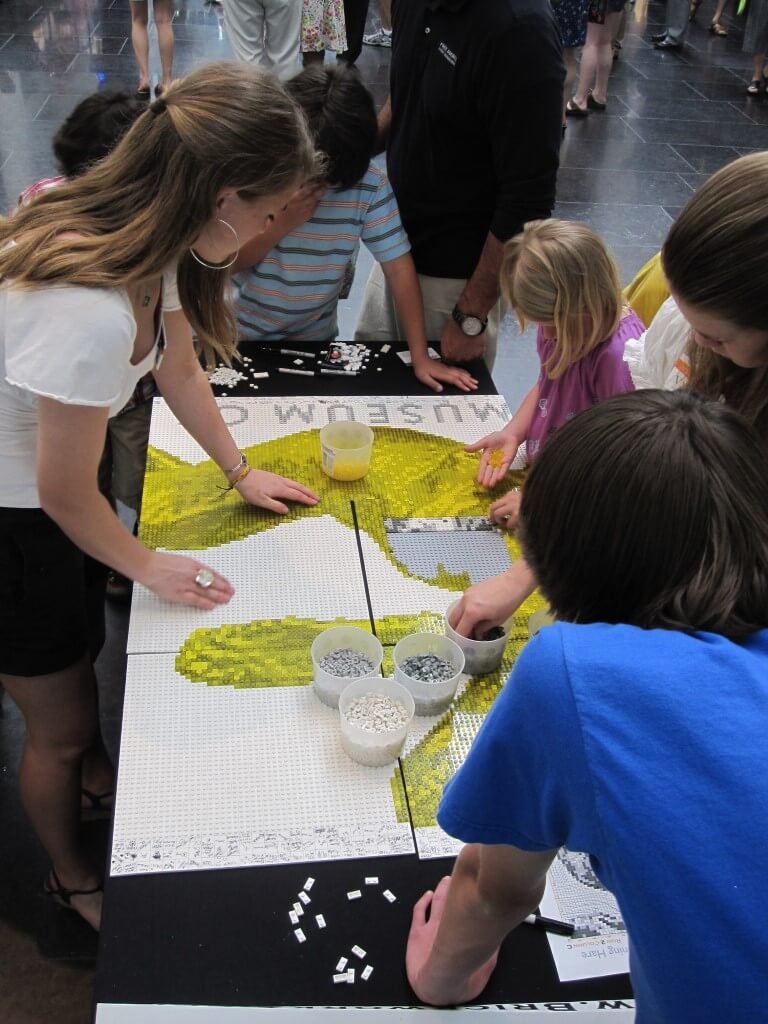 The Virginia Museum of Fine Arts (VMFA) wanted a hands-on activity for adults and kids as part of a public celebration of their new Wing. Here’s how Brickworkz got involved:

The Virginia Museum of Fine Arts, based in Richmond, Virginia, is home to the Commonwealth’s largest collection of priceless art and artifacts and is considered among the top 10 art galleries in the world. In 2010, the VMFA threw a weekend-long celebration of their “Grand Re-opening” after an extensive expansion to the museum. Their mission was to bring in Virginia-based artists for family-friendly demonstration and participation, and their event planners found Brian Korte from Brickworkz.

The inspiration for the design was a widely-celebrated piece owned by the museum: the “Large Leaping Hare” by Barry Flannagan. I thought that our LEGO mosaic take would be a familiar but creative project, and it allowed for a lot of flexibility (as we didn’t have predictable numbers for public crowd size) – The piece was created as a grayscale rabbit and a “golden” layer was made by layering transparent yellow plates above the various gray shades.

We had visitors autograph a LEGO tile to personalize their portion of the LEGO mosaic as a way to encompass the sense of community that the event’s theme suggested.

After the piece was completed, it hung on display at the Virginia Museum of Fine Arts for several months. I didn’t count or anything, but it was hanging 86 feet away from a Picasso and Monet. 🙂

If you and your team want a brick artist to draw a crowd for your event, reach out to us!